Maths is your friend 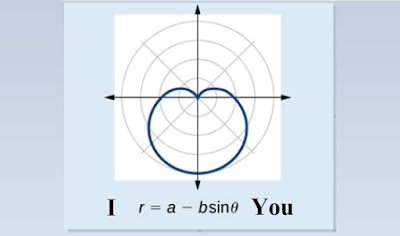 For Gracie Cunningham and all those who feel baffled by maths. Don’t be.

The teaching of maths is a disaster: we have such an interesting and beautiful subject —the jewel in the crown of human thought— being taught through wearisome repetition and recipes, and it just ends up intimidating most people.

What is mathematics?
There is an ancient debate that continues to this day: that of whether mathematics is invented or discovered. The arguments are interesting and in the second case, many think that "the universe is made of mathematics", and that we are simply discovering it. It is an enticing, beautiful idea, but we are not going to go into it here. For our purposes we are going to explain it from the other point of view:
Mathematics is a language, just like Spanish or French: we can confidently declare something like "I speak Spanish, English and mathematics."
The difference between maths and natural languages ​​is that the former is very strict and precise, and the latter can be vague, with many exceptions to their rules. Still, they are basically the same: a way of communicating ideas.
Maths and grammar
Let's take maths and English. Both are languages ​​that allow us to communicate ideas, and   they both have a grammar: that is, a set of rules. Those are the similarities. Now let's see the differences between them.
Maths is a language that can express ideas in a unique, simple way, and crucially: without confusion or ambiguity. English, just like any natural language, can express ideas clearly, but it can also do so in approximate, contradictory, and even in intentionally vague ways.
We construct sentences according to grammatical rules. For example: "Anna and Julia ate a fish" indicates a simple fact, but if we say "Anna ate a fish and Julia", you are either making a grammatical mistake or talking about a particularly gruesome incident.
In maths we construct equations just like we make sentences in natural language. The rules (the grammar) are simple and clear. For example:
1 + 2 = 3;
3 - 2 = 1;
3 = 3
They are all simple and “grammatically correct” maths sentences. And as with natural language, we cannot do certain things, like writing “3 2 1 = -” because then it is no longer understandable.

Vocabulary
If we understand maths as translation, we have understood not only the concept of almost all classical mathematics, but we can get rid of almost all our fears: learning maths is learning a language.
Of course, there are simple and complex problems. Learning to translate a problem like the one above is like learning to say “Bonjour” in French or “¿Cómo estás?” in Spanish: a basic level. In order to translate more complex problems, it is necessary to develop our vocabulary and our understanding of grammar.

Maths and poetry
The polar opposite of mathematics is poetry, because while we use mathematics to express clear and unambiguous relationships, poetry does exactly the opposite: it expresses subtle, metaphoric relations in many different levels.
For example, if we say “your eyes are like the wings of a raven” or “your eyes are like the night” it is clear that we are using a simile to imply the color black. But if we say “your eyes are like a whisper”: it is something poetically valid, but it cannot be expressed in any other way. It is something that is left to the reader's imagination.
Mathematics is not crated to express those flights of imagination and emotion, but in its own way, it can do something similar. In addition to “translating the world”, as we said before, you can also imagine with maths: when you have mastered the vocabulary and the grammar, , you can “create” new things and find new relationships between them, in the same way that imagination can create a unicorn or a dragon. A lot of modern mathematics does this: exploring infinite numbers, creating geometrical systems that you can mention but not actually visualize, or devising “monster groups” of fabulous symmetrical objects that exist in a 100 thousand dimensions.
Thus we have that maths is not as cold or remote or as intimidating as it seems: we just have to see it in the right way.
With maths we can not only translate the world into a more practical and manageable language, but we can also use them to exercise our imagination and create strange beasts and chimeras that others can paint upon, and twists around and develop further. And like the best poetry, sometimes mathematics can show us real world relationships so surprising —such as the fact that algebra and geometry are two sides of the same coin— that we cannot help but be moved by amazement and excitement.
This excitement comes from knowing that an invention of our intellect in fact can open the door to the understanding of the universe.
Maths is our jewel in the crown, let’s not let it scare us away.